I wasn’t organized enough to get something up then, especially because I’m not always where my dolls are right now, but I still wanted to do something, because, yeah, four years is a lot of time! It’s been a hot minute since I started out over here with just Nicole and Sophie and some not-so-great pictures but I’m pretty proud of myself for sticking with it!

And I realized I didn’t really have any pictures of the three dolls, despite it being nearly two years since Victoria joined us (has it really been that long??). So, without further ado, here are the pictures I took in honour of this very special occasion.

I’ll admit, some of them are a bit blurry, because I took them in the early evening and the lighting was not great, but hey, there are dolls!

Three of them! And they’re cute! Which, I feel, more than makes up for my photography. Also, these pictures are still a ton better than my first ones. Do you remember these?

D’you want to know what else happened while I was taking pictures? My parents were baking pizza for super (and it was delicious because I love homemade pizza, but that’s not what I’m going on about). The important part about this was that the smoke alarms in our house went off, which for us is a usual pizza occurrence. I’m not actually sure why but I guess pizzas are harder to cook or something. Lots of smoke, I guess. 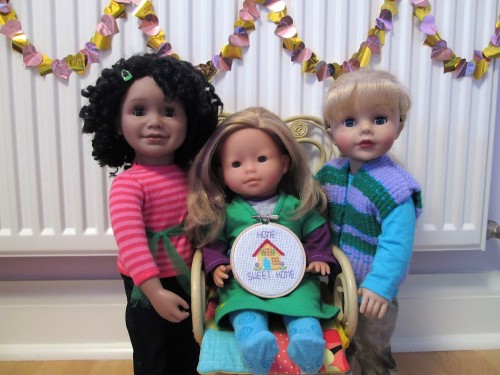 But anyway, so this time they went off three times! So three times I had to carefully and quickly set down three dolls and go rushing downstairs. Kind of annoying, but the pizza was worth it!

But okay. Normally, this is the part where I thank all my followers and – actually I’m not sure what else I’m supposed to do, but – hey, look there are doll pictures! Let’s just get distracted by those instead! 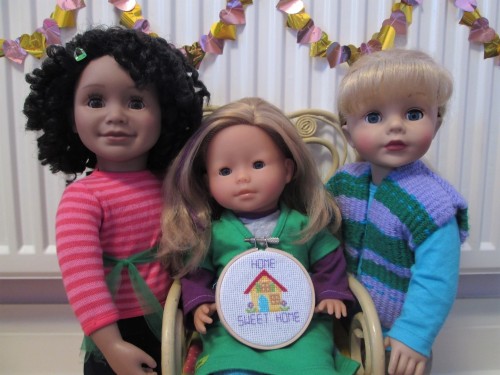 I’m kidding, but do look at them! So anyway, thank you to my followers! I know there aren’t very many of you (most of my followers are random internet people who do not seem to be interested in dolls so I’m taking to you, who is actually reading this) but I thank you all for reading my little posts and for being a part of my corner of this corner-less Internet!

Or of the World Wide Web of Weirdness, as Nicole calls it. And if you do read my blog and are just harmlessly lurking around (I know, I do it too), I would be thrilled if you could just post a small comment from time to time. I promise I’ll reply!

But yeah, keep on dolling, all you lovely people! And here’s to quite a few more years in which I will have no idea what to say in blogiversary posts and will find something anyway!

Go look at your favourite doll today, and if you don’t have a favourite, go look at them all!

Hi! I’m Forest-Poodle88, a teenage doll lover and admirer of anything cute. I blog about doll DIYs, cool crafts and phenomenal photo stories. (Okay, maybe ‘phenomenal’ is not the right word, but what other good adjective really starts with ‘ph’?!) Check out the About Me page for more!